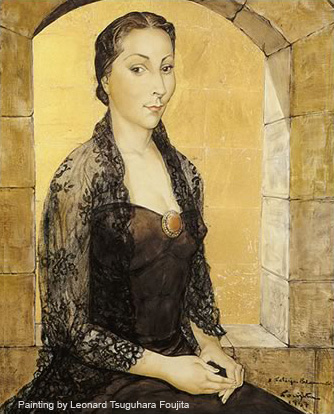 Brana Records is dedicated to the restoration of the wonderful rare recordings by the Polish/Brazilian pianist, Felicja Blumental. In addition to recording well known masterpieces such as the piano concertos of Grieg and Rachmaninoff, Felicja Blumental was a champion of lesser known early 19th century piano works by composers such as Clementi, Hoffmeister, Ries, Kuhlau, Czerny and solo piano music by Spanish and Portuguese Baroque composers.

Many of these recordings are now released on Brana Records and all CD covers feature the fine art prints of Felicja Blumental’s husband, Markus Mizne.

Felicja Blumental was born in Warsaw, Poland on 28th December 1908, where she studied at the National Conservatory, reading composition with Karol Szymanowski and piano with Zbigniew Drzewiecki, Joseph Goldberg, Stephan Askenase and Jósef Turczynski.

She appeared with orchestras throughout Europe (the Philharmonia, the RPO, the LPO, LSO and Scottish National Orchestra) and her appearances in South and North America brought her further acclaim.

She made her début at the Teatro Reggio di Parma in a programme of Mozart arias and her festival appearances include the Israel Festival (with her mother and pianist, Felicja Blumental) at the Taomina and Camden Festivals, and the International Festival de Musica, Torroella de Montgri in Spain.

Markus Mizne was born in Kiev, in 1908, to a family with artistic and musical and leaning. In the early 1920s, his family escaped the pogroms to Warsaw, and sent Markus to boarding school in Germany, where he became acquainted with modern art during visits to workshops and lectures at the Bauhaus; he began painting aged 15.

In 1935, aged 27, he arrived in Paris and studied Political Science and Economy at the Sorbonne. He continued painting, and befriended many artists (including Foujita, van Dongen, Braque, Larionov, Goncharova, Pevsner and Fautrier). In 1939, with the rise of the Nazi terror, he escaped Europe to Brazil.